A DUI arrest is not something to take lightly; it can have effects that will ultimately risk your license and freedom. Though it is one of the most common criminal offenses, the penalties can be severe. Different factors will affect how harsh the penalties are, but they can range from thousands of dollars in fines to years in prison. A DUI conviction can also follow you long after these consequences have run their course, as it can limit your opportunities for work and your ability to get there. 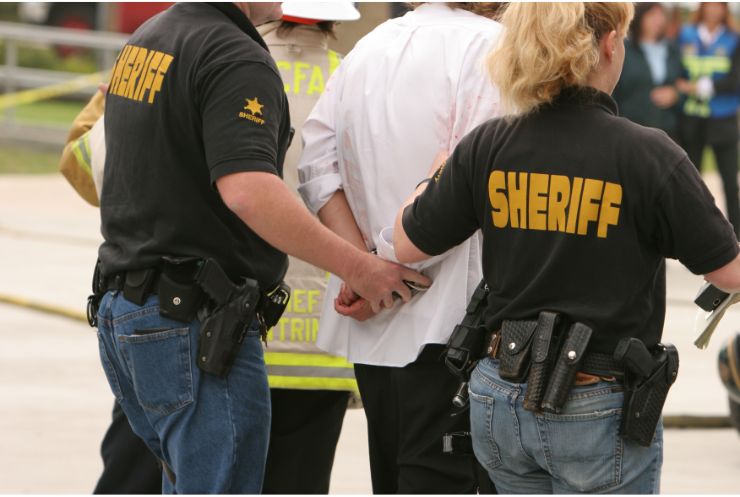 It is important to remember, however, that a DUI arrest is not a DUI conviction. An arrest does not equate to a conviction. Immediately following a DUI arrest, it is in your best interest to contact an experienced Woodland Hills DUI lawyer. With over 20 years of experience, the Law Offices of James E. Silverstein can help you make sense of your DUI arrest and evaluate your options moving forward. We take great pride in representing clients from all walks of life, especially those who have made mistakes and are looking to turn their lives around.

What Is a DUI?

Any substance that affects the ability to safely drive a vehicle can be applied to DUI charges. Alcohol and illegal drugs are obvious, but over-the-counter or prescription medications can also count if you cannot safely drive while taking them. For alcohol-related convictions, blood alcohol content, or BAC, is used to quantify the amount of alcohol someone has consumed and compare it to the legally allowed 0.08%.

California operates under an implied consent law, which means that you consent to the administration of chemical tests if you are operating a vehicle on the state’s roadways. If you are pulled over under suspicion of DUI, the officer may insist that you take a field sobriety test, citing it as necessary and unavoidable. However, implied consent only applies after you have been arrested, not before. Under California state law, there is no penalty for refusing a field sobriety test prior to an arrest. After you have been arrested for DUI, you cannot refuse a field sobriety test or chemical testing without accruing serious penalties such as jail time or license suspension.

Despite safety campaigns and laws that have attempted to convince people not to drive impaired, DUIs remain one of the most common criminal offenses. According to the 2017 Annual Report of the California DUI Management Information System and the California Department of Motor Vehicles:

If you have been arrested and convicted of a DUI in Woodland Hills, CA, there are multiple factors that will affect the penalty ruling. The deliberation process will consider your age, any previous DUI convictions, injuries sustained as a result of your DUI, and your criminal record to determine your specific penalty. If you have had any DUI convictions in the ten years prior to your current conviction, they can increase the severity of your penalties. These factors will also determine whether you are charged with a misdemeanor or felony. The potential penalties for each offense of DUI are as follows:

As your number of DUI convictions increases, the prosecution team will have less tolerance for your choice to drive while under the influence. This will result in less leniency, causing harsher punishments. Although an attorney can help you with your DUI case regardless of how many prior convictions you have, the importance of contacting a DUI lawyer increases each time you are arrested and convicted.

The DUI process is different for minors than for adults because of California’s zero-tolerance policy. This policy states that minors can be arrested for DUI if their BAC is greater than 0.01%. They can face the following penalties if convicted:

If the minor’s BAC was higher than 0.08%, the possible penalties will be even more severe. The penalties are the same if the minor was under the influence of any kind of drug, but there will likely be other charges in addition to the DUI. A minor’s DUI charge can follow them into adulthood, making it harder to get accepted to a college or get a job. Their vehicle insurance rates will also significantly increase, with some companies simply refusing to cover them.

All the circumstances of your arrest must be evaluated if you are considering fighting your DUI in court. There are avenues that may apply to your case that will create a situation where you can have your DUI or associated charges dismissed. However, it is not a simple process to prove these circumstances.

If the arresting officers did not conduct the arrest according to the correct procedure, you could have your DUI dismissed. For example, there are severe penalties if you refuse to allow the police department to administer chemical tests after you are arrested for a DUI. According to California Vehicle Code 23612, the arresting officer must inform you of the penalties for refusing the chemical tests at the time of refusal. These extra penalties can be dismissed if you were not informed of these penalties by an officer. Furthermore, if you experienced a civil rights violation during the arrest, your case can potentially be dismissed.

Inaccurate chemical testing can also create a situation where the DUI charges are not valid. If the people administering the test or the technicians who analyzed the results make a mistake, the test will be inadmissible as evidence in court. If you have diabetes or are currently on a keto diet, the resulting ketosis can cause a high breathalyzer result that has nothing to do with alcohol.

A lack of evidence is another route that can be explored to dismiss your DUI charges. The burden is on the police and prosecutors to collect enough evidence to secure the conviction, and this evidence must be turned over to the defense team. A skilled attorney may be able to look at this evidence and determine that there is not enough evidence for the prosecutor to be able to secure a conviction in court. In this case, you may be able to get your charges reduced or even completely dismissed.

There are three options available to you for representation: you may defend yourself, use a public defender, or hire a criminal defense attorney. A public defender is a licensed attorney that the court appoints to offer legal representation to those who cannot or do not wish to hire an attorney. This is the best option if you cannot afford to hire an attorney, as properly defending a DUI case requires a thorough understanding of the law and knowledge of proper DUI procedures. If your case progresses to court, having a skilled attorney in your corner can make the difference between a guilty and not guilty charge.

Hiring a Woodland Hills DUI Lawyer for Your DUI Arrest

A DUI can have long-lasting effects on your quality of life. Employers may forego your application after they conduct a background check and see the conviction, which will limit your job prospects. A DUI may also result in driving restrictions, affecting your ability to travel to and work at your job if it involves driving. Your insurance rates will increase after a DUI conviction, and your policy may even be canceled. These, of course, ignore the mental health struggles that you may experience while going through the arrest and conviction process.

Hiring an experienced Woodland Hills DUI attorney is your best option for managing a DUI charge. When you retain the Law Offices of James E. Silverstein, you are acquiring decades of criminal defense history and the knowledge that comes with it. Our staff is well-versed in California DUI laws, so you can be sure you are getting the best possible defense. Contact us today so we can begin evaluating your case and help you close this chapter in your life.