Vandalism is the defacing or destruction of someone else’s property. It usually involves an act of graffiti or of throwing rocks through windows. It can also include defacing cemeteries, places of worship, memorials, or by words or symbols that instill fear of violence or the threat of it. 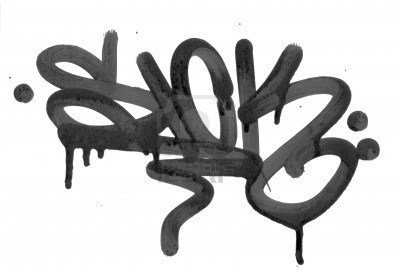 If you are charged with vandalism, you may face substantial fines and/or incarceration. Immediately contact criminal defense attorney James Silverstein to protect your rights.

Some states also consider a vandalism offense the act of placing a symbol or object on someone’s private property that is intended to put the owner or others in fear of great bodily harm. An example is burning a cross or painting a swastika on a synagogue’s wall so long as the action causes a serious and imminent likelihood of causing fear or violence.

Graffiti is the unlawful or unauthorized scribbling or etching on real or personal property, which can be temporary or permanent.

The destruction of private or public property is vandalism. You can also be charged if you destroy or damage property that you own jointly with your spouse or someone else.

The act must also be done maliciously. This means to intentionally damage or destroy property or to do so to injure or harm someone else.

Vandalism can be treated as an infraction if the cost of the damage is minimal and you have no prior offenses. If so, you face a fine and probable community service.

A number of states have diversionary programs for first offenders and if the damage is relatively minor. The charges are dismissed once the accused serves a probationary period or fulfills some community service.

If you have a prior vandalism conviction or the damage exceeds a certain dollar amount, you face misdemeanor charges. In some states, you also face losing your driver’s license for a year or more.

The court can order you to repair or to clean up the damage you caused, go to counseling, or perform community service. You do face up to one year in jail and a fine, which could be up to $1,000.

The destruction, defacement or damage to property above a certain limit is usually a felony. In California, for example, the limit is $400. Other states impose certain sentences if the graffiti was intended to convey a message of imminent bodily harm or the threat of it, or if the defacement was to a religious building, cemetery, school, or memorial.

Sentences for felony vandalism can range from several months to 5 or more years in jail if terroristic threats or threats of violence are made or if the destruction was by an explosive device. Multiple prior vandalism convictions can also subject the defendant to substantial prison time.