Rape is a crime of violence and offenders have traditionally been treated severely. Generally, it is nonconsensual sexual intercourse or sexual penetration performed by force or threats of physical harm. 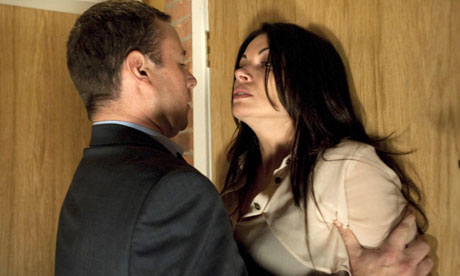 Rape encompasses other offenses as well such as date rape, spousal rape, statutory rape, child sexual abuse, or sexual assault. All of these except possibly statutory rape in some cases, involve force or performing the act against the other person’s will.

People cannot give consent in the following circumstances:

A person can only consent if he or she does so willingly, freely, or voluntarily and with knowledge that sexual intercourse or penetration will take place.

Date rape occurs when someone surreptitiously drugs another person, or provides that person with alcohol without his or her knowledge, and causes that person to become either unconscious or incapable of resisting sexual intercourse or penetration. The accused could also be charged with battery.

A person convicted of spousal rape may also be subject to any penalties under that state’s domestic violence laws. The fact that a couple is married does not assume consent in every sexual engagement. So long as one of the parties is forced to have sexual intercourse against his or her will, it is considered rape.

The main defense against rape is that the person consented to the act. Although resistance is generally not required to demonstrate lack of consent, a person who engages in the act but does not effectively communicate that he or she wishes the act to stop, may be presumed to have consented.

Another defense is lack of evidence. If the person does not seek medical attention to confirm forcible sexual penetration such as bruising or bleeding, or does not provide a DNA sample of the aggressor, there may not be sufficient evidence.

Rape is a felony offense under any circumstances, and states vary widely in how they sentence sexual offenders. Also, if a weapon or firearm is used or the victim suffers bodily harm, the sentence is usually much harsher.

A conviction for a rape offense usually carries substantial prison time, although some states have imposed life sentences in certain scenarios.

Many states also require those convicted of rape to register as sex offenders once released, which will severely restrict where they can live, work, or travel.

Rape is an extremely serious offense with substantial prison time and onerous restrictions for the rest of your life. Your liberty and lifestyle is at considerable risk. Contact criminal defense attorney James Silverstein if you are facing rape or any other sexual offense.